The SJPS Foundation is PASSIONATE about all things St. Joe Bears!
This blog is about keeping things light, and spreading cheer and community.  Thanks for reading!

St. Joseph is recognized as a great place to live, in part because of the A+ rating received by its public schools year after year.

The district’s recent Niche rating puts us in the top 2% nationally, and our talented teachers are ranked #2 in Michigan!

We are inspired by our AMAIZING SJPS teachers and students.

This blog is dedicated to them.

It is not unusual to see kindergarten teacher Mrs. DeLapa surrounded by children. Her warm heart and engaging personality make her a favorite among parents and students alike. This year, Linda has stepped into a new role in the district as the St. Joseph Virtual Academy Kindergarten Teacher. While at times it has been daunting, this seasoned professional takes it all in stride – she even converted her son Justin’s old bedroom to a virtual classroom. Mrs. DeLapa has found that some of the same teaching techniques used throughout her in-person career are also effective in keeping her online students engaged and learning. Take a peak at virtual kindergarten in the video below.

We are thankful for Mrs. DeLapa!

Dennis Bowen – or DLB, as he is affectionately known, was the Director of Choral Activities for the St. Joseph Public Schools beginning in 1960.  The day after school opened, Jim Heathcote, math teacher and advisor to the Student Council (the group that sponsored the high school variety show), approached Dennis and invited him to get involved. He produced/directed the show for 20 years until his retirement in 1987.

His dedication to SJPS students past and present is second to none and he continues his service to the district as the Secretary of the St. Joseph Public Schools Foundation Board. In 2014, Dennis pitched the idea for ENCORE to the Foundation and the show was born.

Mr. Bowen’s former students, some 250 of them, eagerly travel back to the area each year to perform in the show and rekindle friendships with fellow SJ alumni.

We are thankful for Mr. Bowen!

A Pop Quiz from Mr. Bowen: Over the years, schools have changed – externally and internally.  This year perhaps saw the biggest change – NO STUDENTS IN THE BUILDING!  This August, the SJPS Foundation will be presenting another ENCORE.  This time the history of St. Joseph High School will be featured by presenting all of the school songs (did you know there are several?), music from different eras and several large surprises.

Here is a picture of one of the buildings that housed the students in St. Joseph.  Does the building still exist?  Where was it?  Stay tuned…. 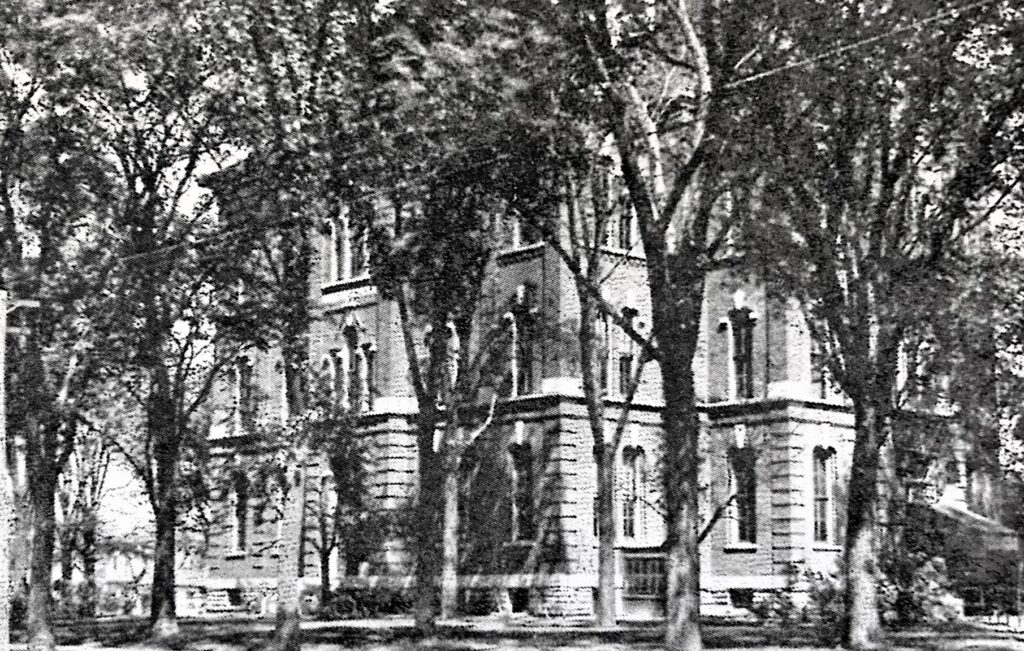 Mrs. Goniwiecha’s class is working on gratitude and passed along this nice message!

We are thankful for Mrs. Goniwiecha and her students!

Wishing you and yours a safe and happy season.

We are grateful for our SJPS Community: